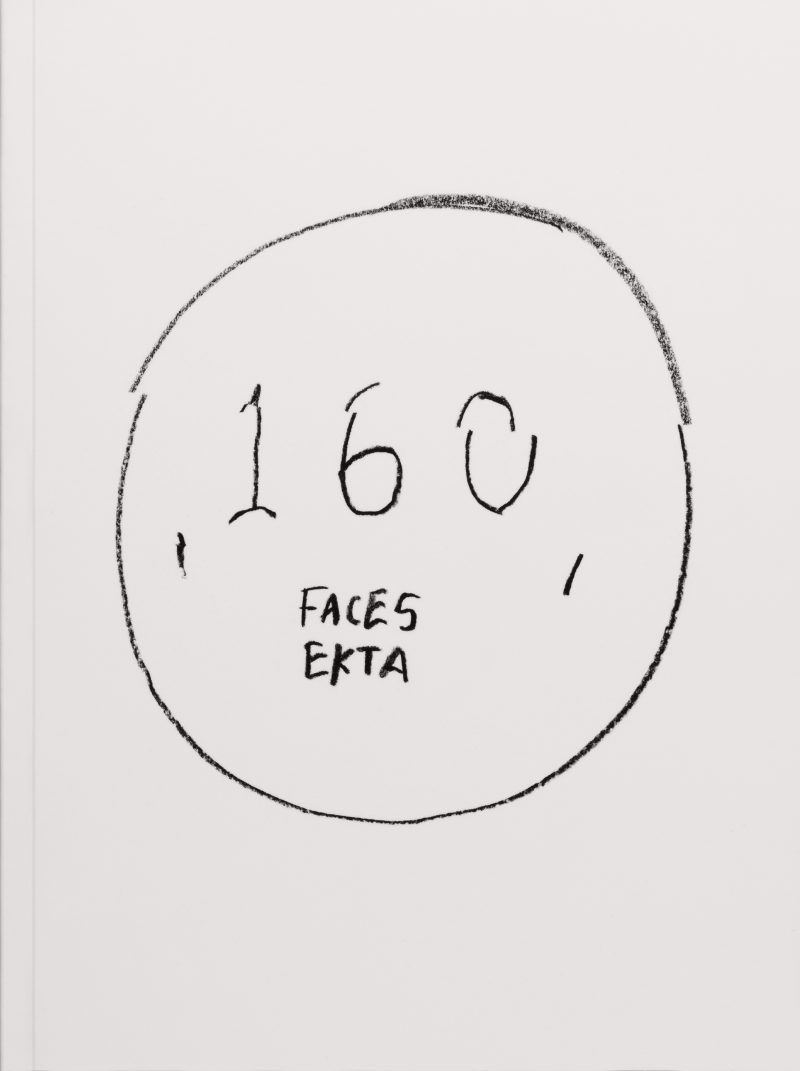 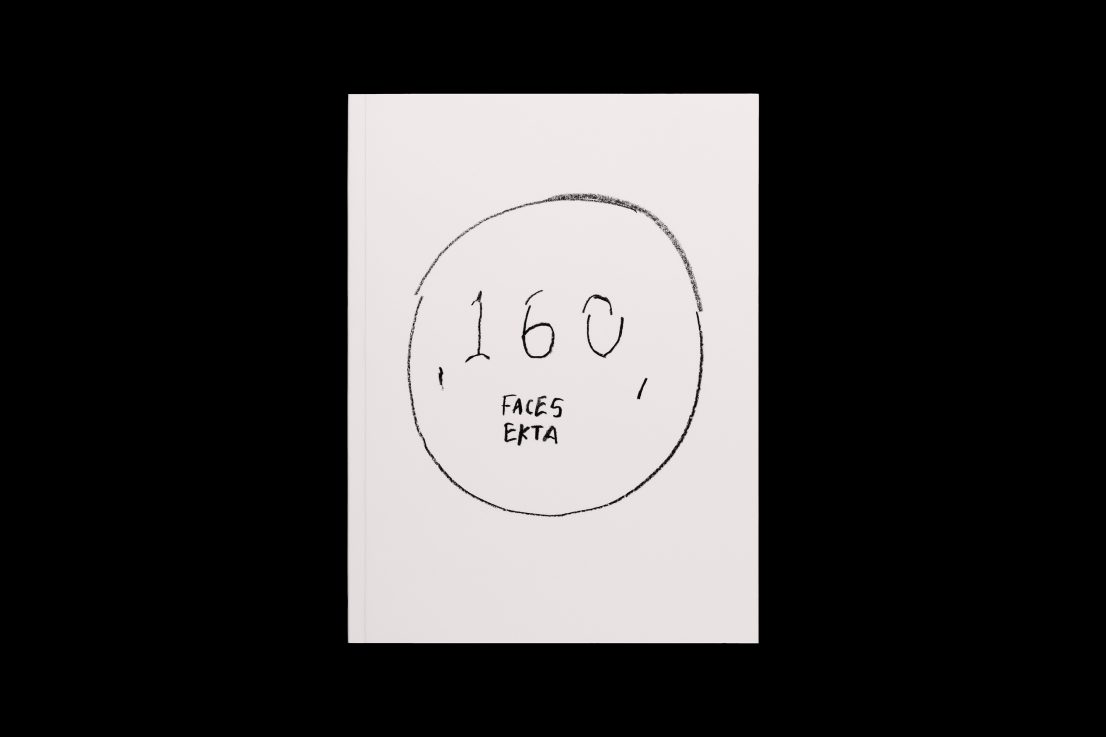 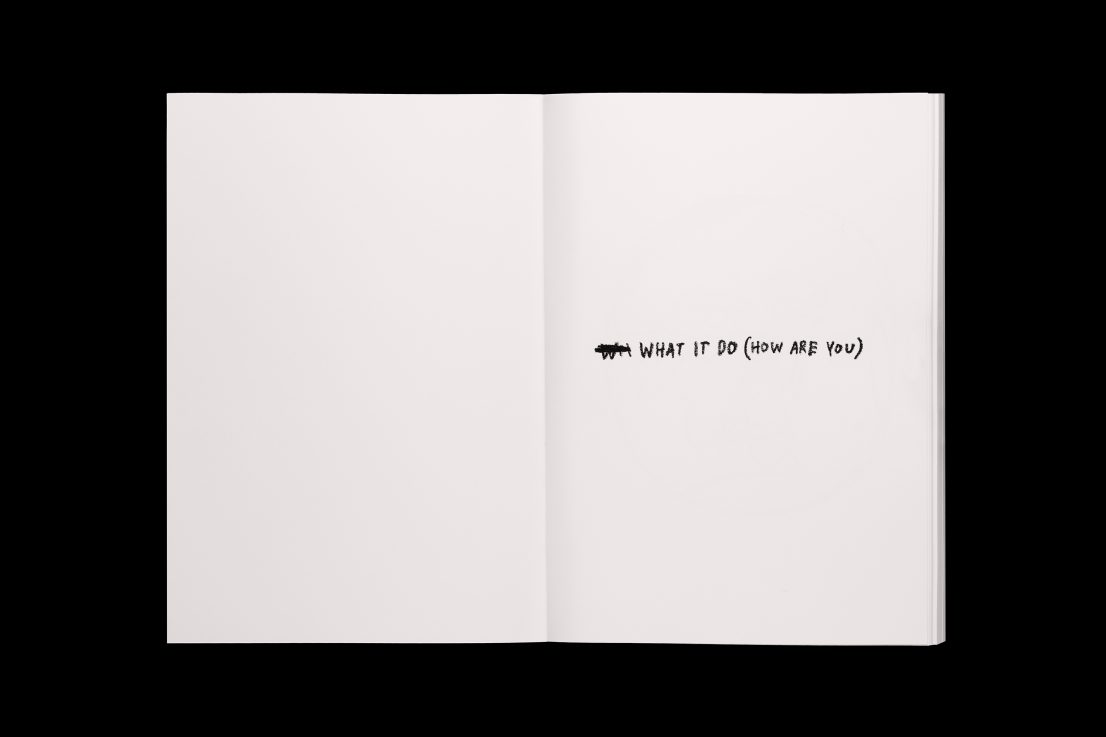 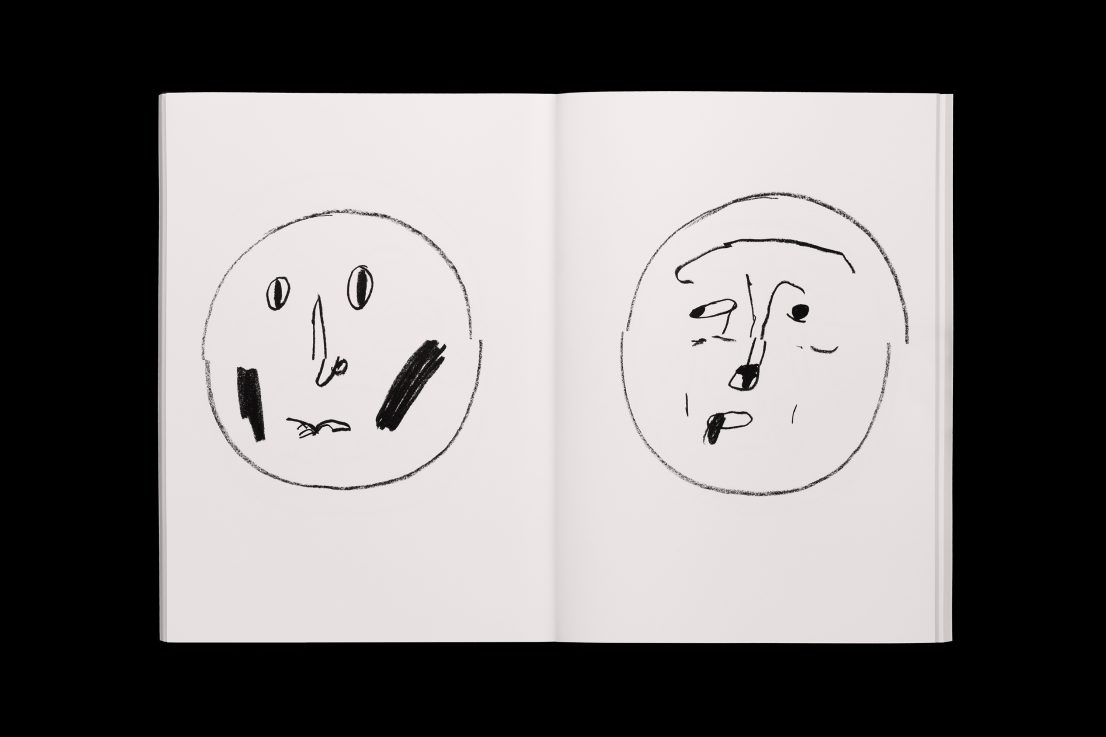 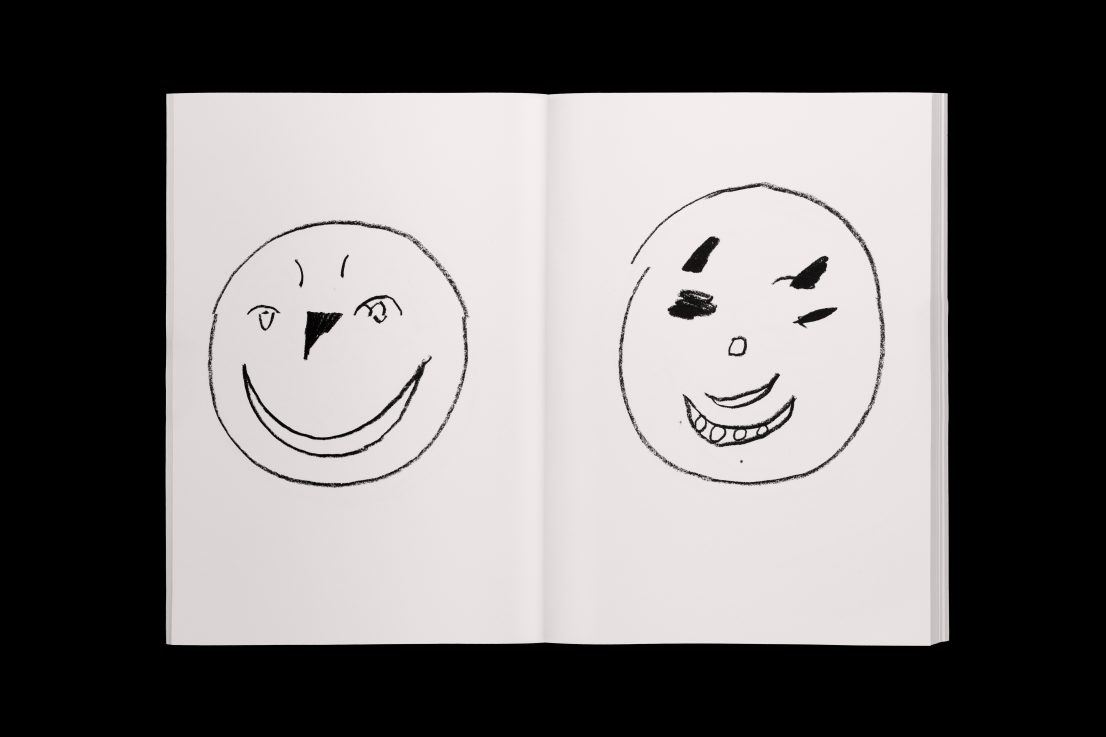 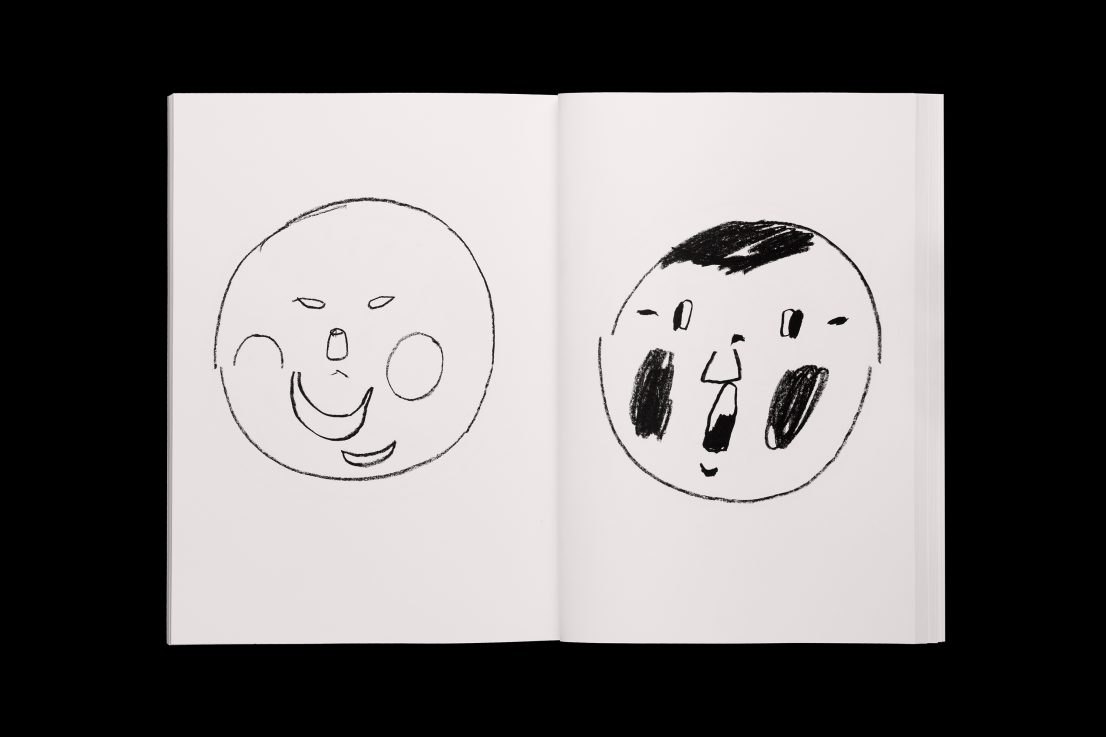 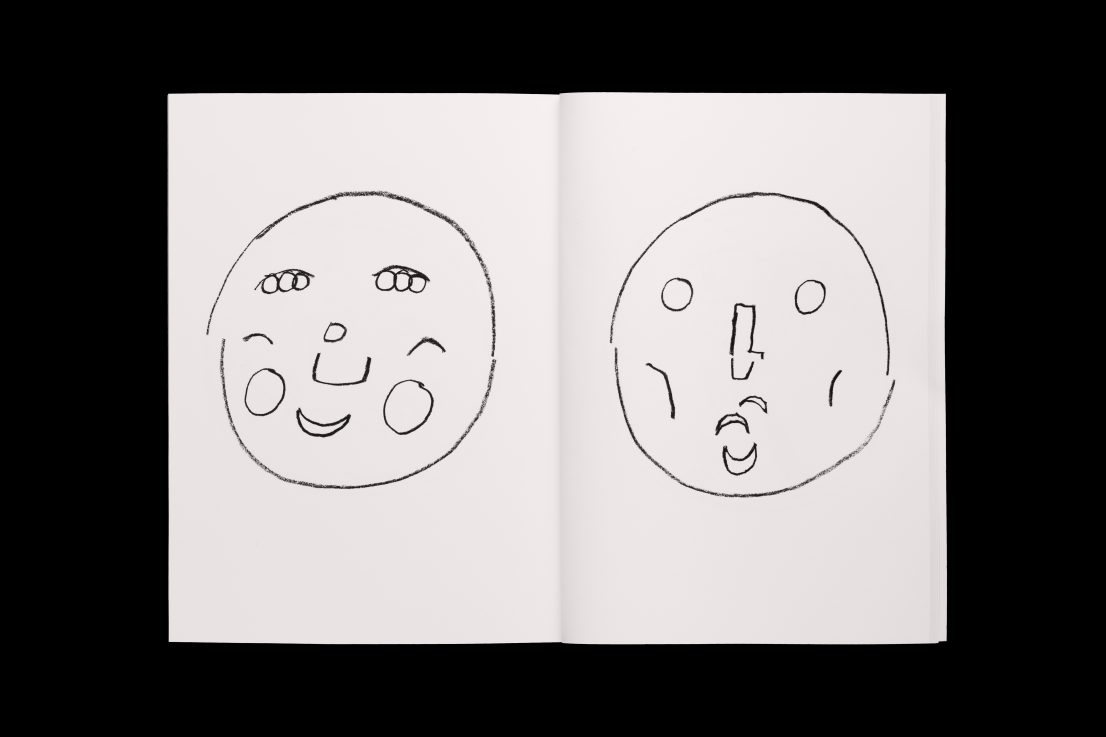 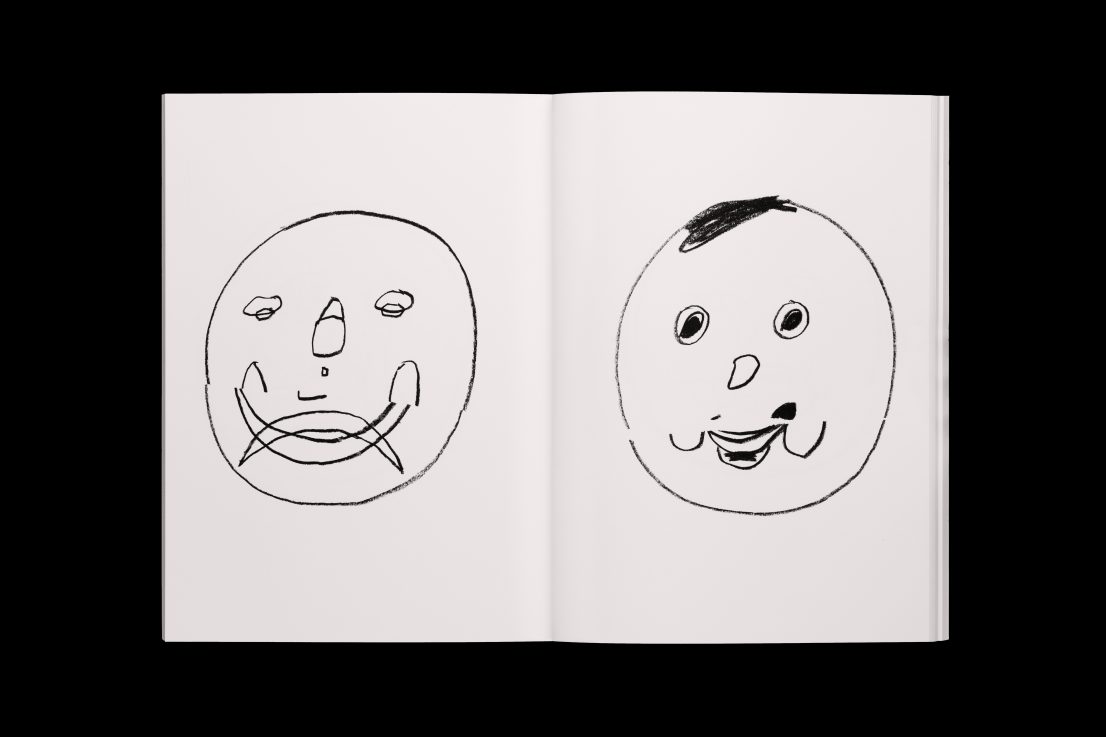 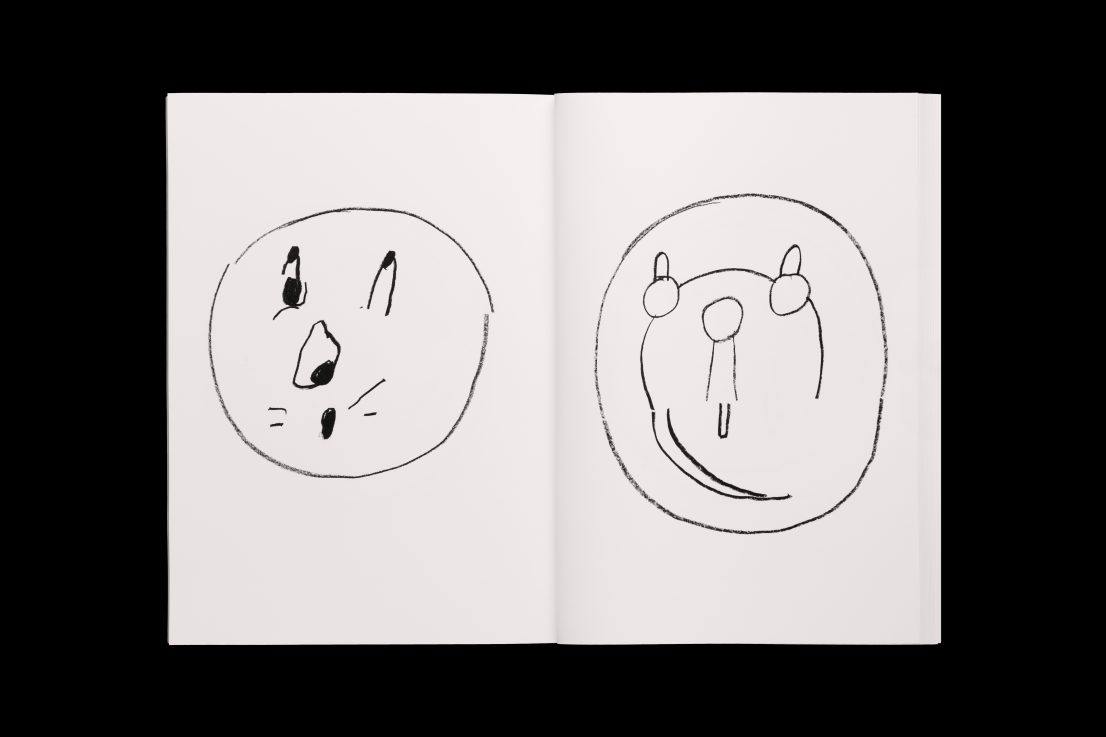 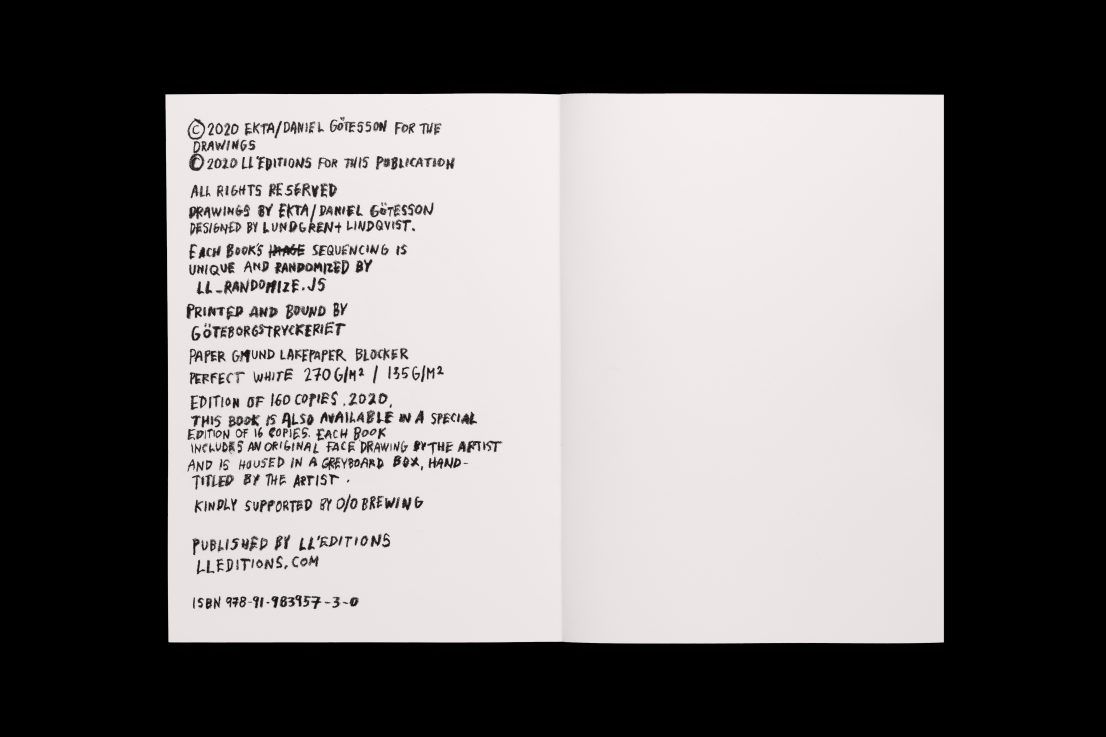 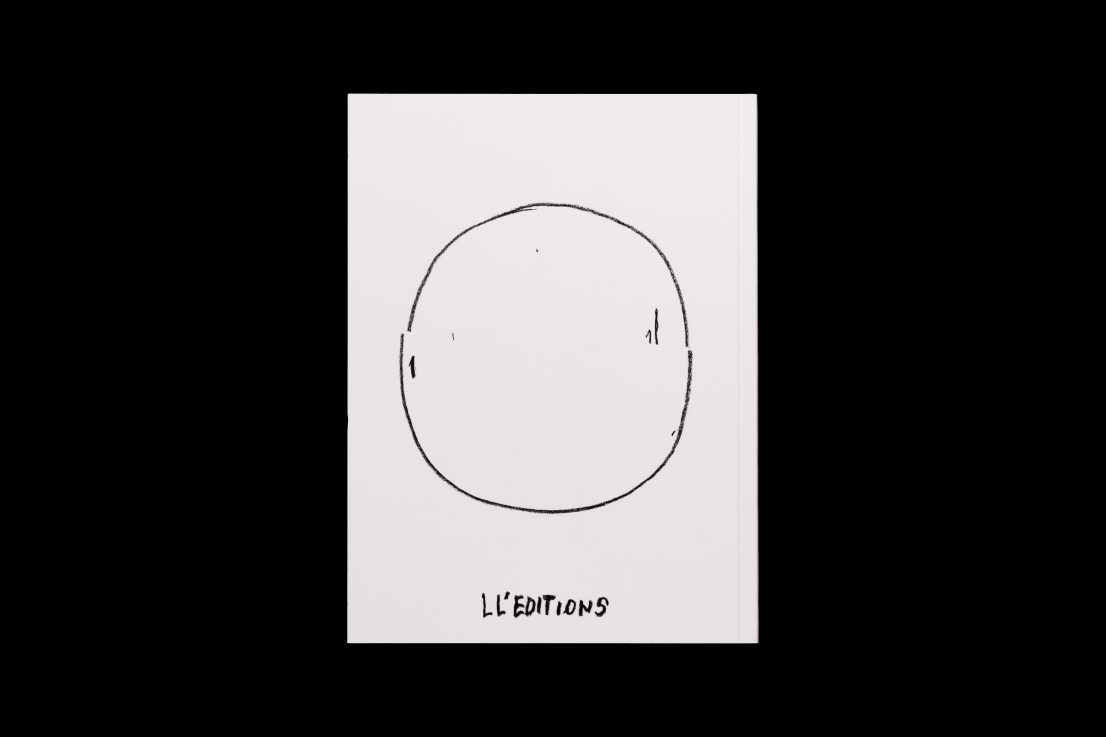 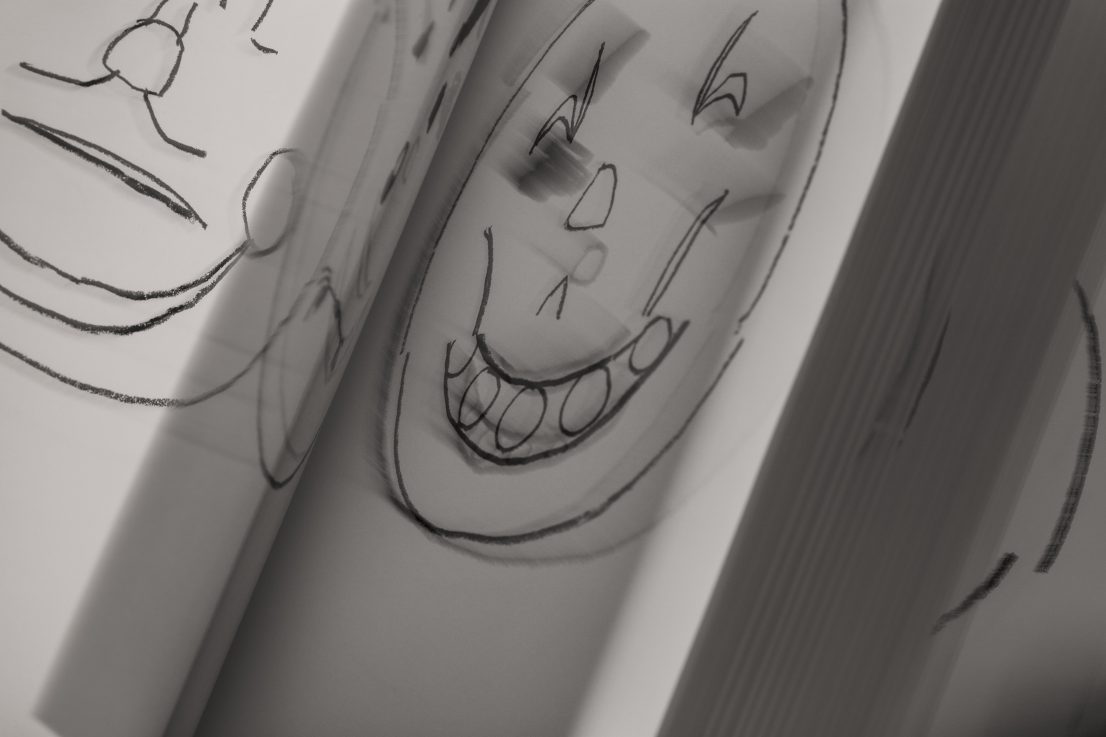 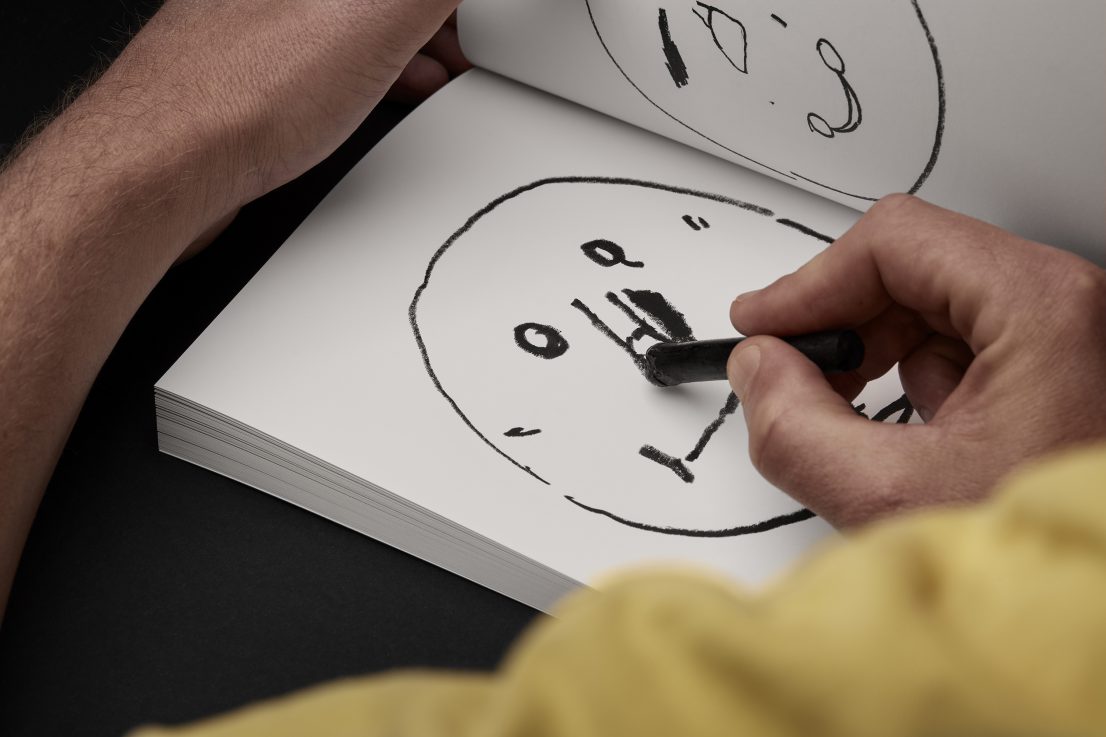 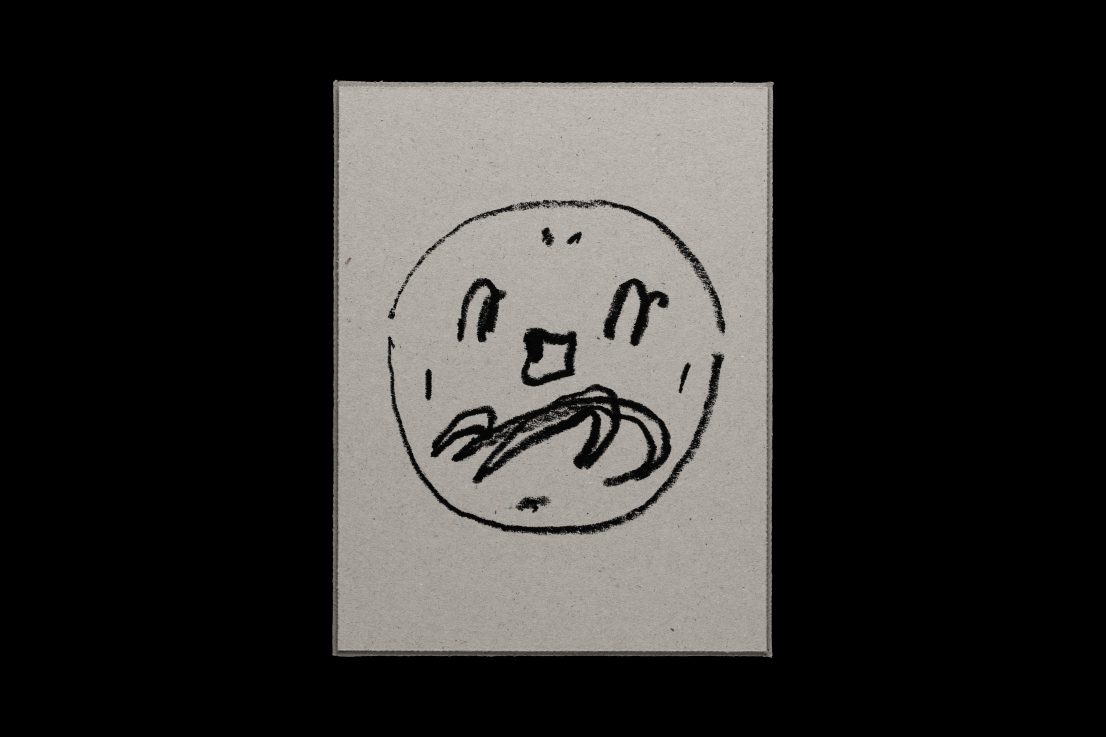 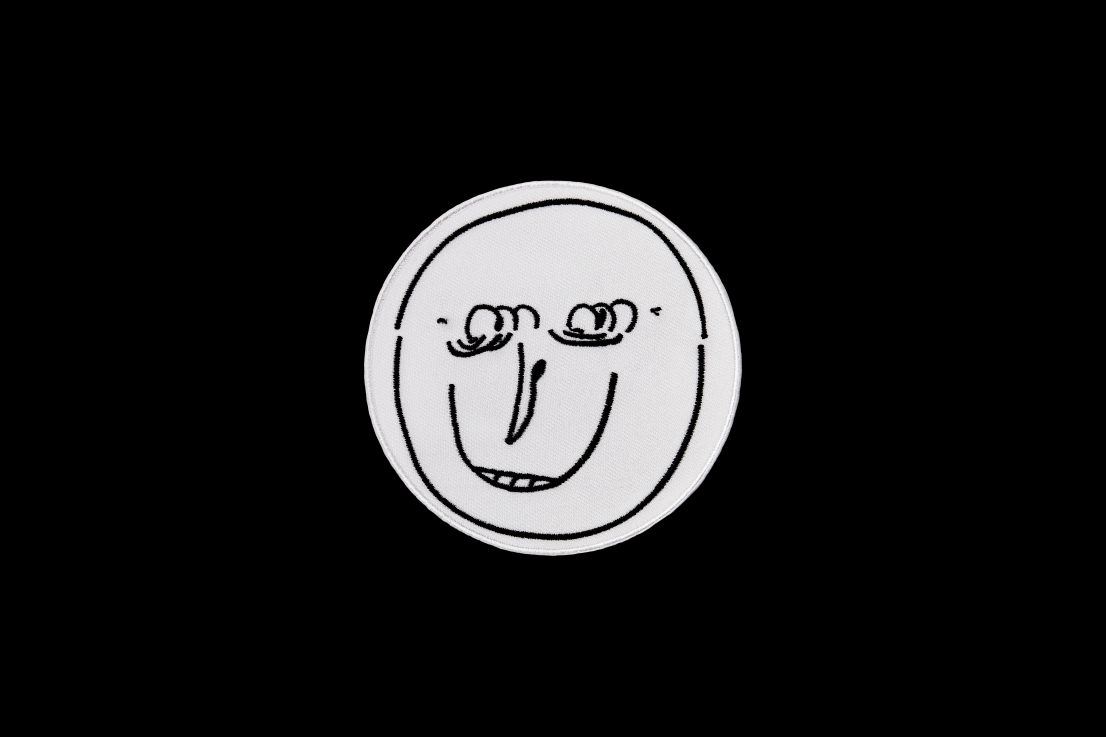 160 Faces by EKTA
A new book published by ll’Editions
Ekta’s initial intention was not to draw faces. The circles, broken up in halves, rather presented a way of restricting his drawings. Within the lines of these broken circles, a playground unfolds, in which the artist allowed himself to work freely and without a clear destination. Suddenly, a curved line is transformed into a mouth and an oblong circle into an eerie eye. An incidental spot left as the crayon frantically moves across the paper becomes a newly shed tear, resting close to what resembles a cheekbone.

With the fervour of a starving pigeon feeding on a loaf of bread, Ekta made one drawing after the other, before ripping them in halves and puzzling them back together in new, unexpected combinations. Apparently, there is comfort to be found both in destruction and restoration.

Gloomy, surprised, angry, giggly and anxious – 160 faces look back at the artist from the floor of his studio. Does each of the collaged drawings represent an individual character, or is the series an attempt at showing the full register of emotions a human face is capable of conveying? On closer inspection, the artist’s motifs seem to be rooted in the urge to push his visual vocabulary to its absolute limits, more than in exploring a range of facial expressions.

The drawings, which were made by the artist in 2019, are finally collected and published by ll’Editions.
Rather than trying to create logical pairings for each spread, the book’s sequencing has been determined by an algorithm, programmed by the design studio Lundgren+Lindqvist. As a result, each copy of the book is unique.

The book is published in an edition of 160 copies. An additional 16 books are made available as a special edition in which each book contains an original drawing. The drawings are made on a blank page distributed at random throughout the edition. The special edition is housed in a corner stapled box which is signed and numbered by the artist. The lid of the box also features an original face drawing by the artist.